Hi all,
it's been such a busy mad week since returning from the Craft Barn Extravaganza.  I have been preparing for the Country Love Crafts Sale & Unveil Open Day being held tomorrow. There has been so much I have wanted to do this week, videos to make,  blogs to visit and messages to write but it's been impossible, so apologies to anyone that is awaiting a reply, I have answered all the urgent ones and I will get around to the rest sometime this week, saying that I fly out to Scotland first thing Tuesday morning to run some bespoke workshops in Edinburgh for a couple of days but I am hoping the hotel will have an internet connection so I can get stuff done in the evenings..

I am going to be running two Ceramic workshops along with two demo's during tomorrows event, here is a sneak peak at a couple of them…Ohhh exciting!! 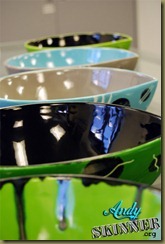 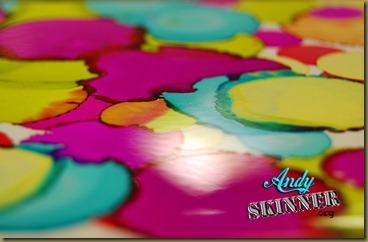 Not much else to report today except I gave Sally a new coat!   For those of you who have no idea who sally is, she is a mixed media Salamander, a project I took on to show at Stitches trade show this year.
I gave her a nice shiny coat with one of the new products being shown tomorrow. I will reveal all after Monday!
Here she is, I have placed a 10 pence piece next to her foot so you can get an idea of her size. 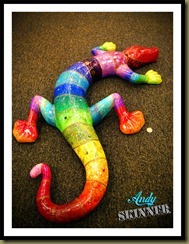 Right I better get back to it,