Before I tell you about me being taken for a ride, (literally) here are a few pictures of this weeks workshops and Studio Ceramics in Bahrain where they were held. 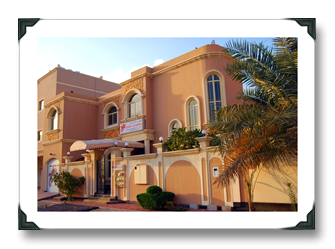 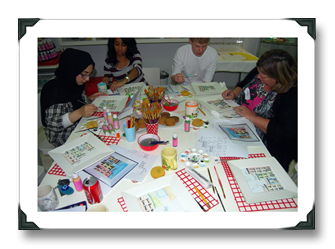 A ceramic studio has plenty of broken pieces of glazed pottery, so yesterday I ran a workshop combining Silver Clay along with ceramic shards.
Here is one of the pendants that has been finished, the two really work well together.
I will post pictures of the other pieces once they are out of the tumbler. 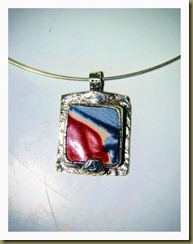 Earlier in the week was the Art Clay copper workshop,  the copper clay is great because you get so much of it for your money and can really experiment without fear of very expensive mistakes.
This workshop was an introduction to copper, so nothing too complicated.
Detail was added to the copper by carving and pressing rubber stamps into it before shaping, forming and finally firing. 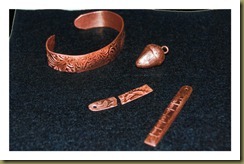 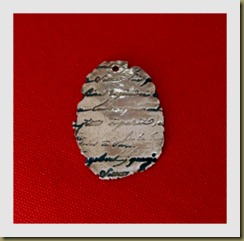 Whilst out here I am helping set up a fused glass studio which is going to run alongside the ceramics, so before I left the studio last night I programmed the kiln for glass and popped a couple of test pieces in, a coaster along with a small pendant so fingers crossed when I return on Saturday they would have fused successfully. 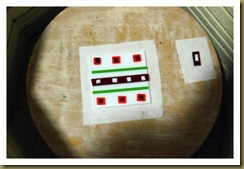 Not sure if Bahrain is ready for steampunk yet but next week is steampunk week!!!

Soon after I arrived, I felt the need for a nice bottle of wine.
Now you can't just buy it from you local supermarket here, there are only four places in which you can purchase take out alcohol  in the whole country, so I decided to ask the guy on the desk to order me a taxi.
After a couple of phone calls one eventually arrived, I got in and asked him to take me to the place where they sold liquor, he knew what I meant straight away and we began our journey.
I then noticed the cab had no meter but guessed that's how it is here in Bahrain. Thirty minutes later we arrived at the destination, it was like a blacked out warehouse full of every alcoholic drink you could imagine, I rushed in and brought my wine and we headed back to the apartment.
Arriving back at the apartment he told me to stay in the car as there was a real taxi driver who had pulled up behind us and there could be trouble!.. "A real taxi driver!, so what are you?" I asked,  " I am friend " Now he meant a friend of the guy on the desk, so we have to wait in the car until the "real taxi driver" pulls away and I pay him.
It was really expensive but I guessed we had been driving for an hour in total and I did have my precious bottle of wine, so I handed over the dollars along with a tip.

Yesterday I decided to return to the liquor store as I have a day of today and want to cook later and enjoy it with a bottle of wine.  Anne who owns the studio took me this time and guess what?……….It was located only five minutes from my apartment lol  The "Friend" had taken me all around the island to warrant more money, I was truly duped!