I managed to pick up this clock in an antiques store this week, a bargain at just £15.00.
This is how it all began. 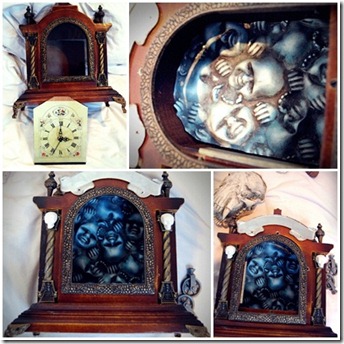 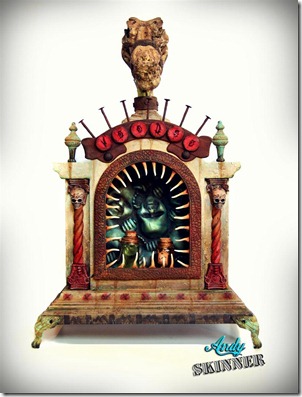 The Voodoo potions contained within are protected by the deadly Puffer Fish spines, one of the most deadly venom's known to man! 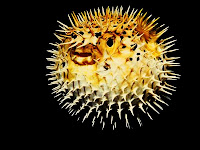 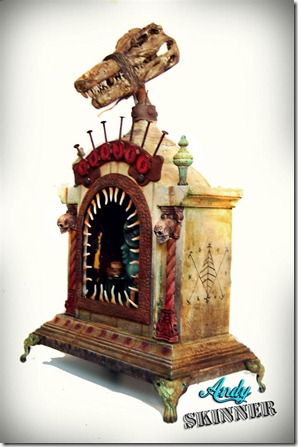 I have used some plaster castings within this assemblage for the dolls and also the Skulls, I then used the lovely scraps of plaster to give texture to the piece.


I also love lights and had to add a small blue LED inside to light it up at night :) 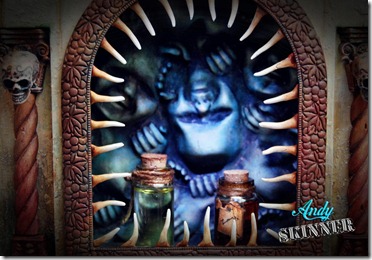 I will leave you with a brief description of the inspiration for this piece.

Bokors are featured in many Haitian tales and are often associated with the creation of 'zombies' by the use of a deadening brew or potion usually containing poison extracted from puffer fish. This potion makes the drinker appear to be dead and thus he is often buried; later, the bokor will return for the "corpse" and force it to do his bidding, such as manual labor. The "corpse" is often given deliriant drugs, mainly datura, which puts them in a detached, somewhat dreamlike state. Its state is likened to being mind controlled. The person is alive but in a state where they cannot control what they say or do; at this point, when the person has been "reanimated" from the grave, or at least is moving about working for the bokor, they can be termed "zombies." However, some legends dispense with this more rational explanation, and have the bokor raise zombies from dead bodies whose souls have departed.