It's now official and I can share pictures of my new A5 stamp sets being released at stitches starting today!!

Here are the sets, I will post some finished samples using the stamps in the next few days.

The first is called Circus, I have been wanting to introduce a scary clown to a set for ages, I have always had a fear of clowns but that said, I'm also fascinated by them!
I'm also a bit of a sucker for elephants, you can guarantee if something has an elephant on it, I will buy it!! 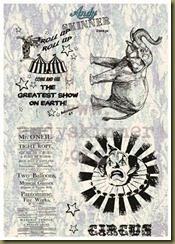 This second set ties in nicely with the first and is called Sideshow.
Included in this set is the All Seeing Eye, a helter skelter which I used to love going on as a child, a vintage carousel horse and a magical montage. 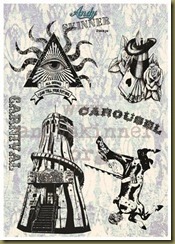 Time for Steampunk!
This set is called Letting off Steam. As I get asked so many times to explain what steampunk is, I have included a dictionary style explanation of it on a stamp. 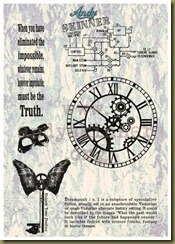 Next up is the Steampunk Accessories complete with assorted cogs, rivets, screw heads, rust runs and power meters. 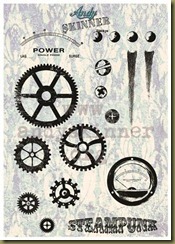 This set is called Retroset and includes a few retro style signs, including some for the men! 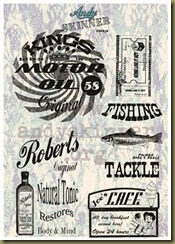 Finally we have Tempting Textures, including in this set are five distressed background stamps which I can see myself using lots in altered projects and off course, the good old coffee stain! 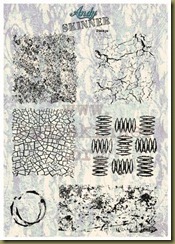 Some of you may be wondering why there is no nature set as I normally include one?  Well these are being worked on at the moment and hopefully will get released in a couple of months.