Do you want some Bad Mojo?

Bocio, mostly from Togo and Benin, fulfil two cultural goals: to protect their owners from danger, and to exact revenge on those who have harmed the owners.
The bocio is made in secret, so that only the owner knows its composition and purpose and these figurines were aesthetically provocative empowerment objects produced primarily in the lower Western Africa regions of Benin and Togo. These figures were artistic assemblages as well as magical objects.
The most common of the bocio genre is bla-bacio which I have based this on,  the object is wrapped tightly with rope or cord and are very personal objects, an individual would have made one for protection, to harm an enemy, or to ensure personal success.
Ingredients 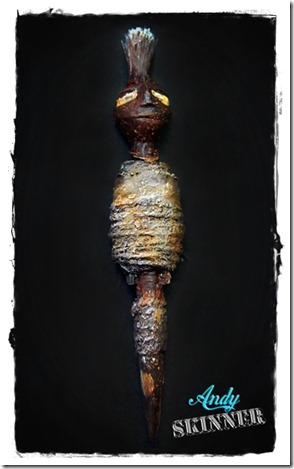 Those of you participating on the Outcasts workshop will see in this close-up I have been making use of the scraps :) 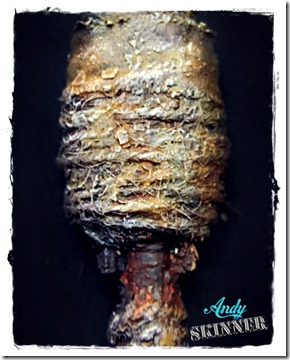 Among the slave population in Louisiana during the 18th and 19th centuries, image magic using dolls was commonplace, archaic dolls bound with cat gut or twine and stuck with pins or fish bones have been discovered on several Louisiana plantations. Some of these figural forms found among the slave population bore a striking resemblance to the bocio of Africa. , and would often have a variety of items attached to the figure. For example, personal items, cloth, rope, nails or tacks were driven into the figure to activate its power and invoke the spirit.
Here are some Authentic Bocio 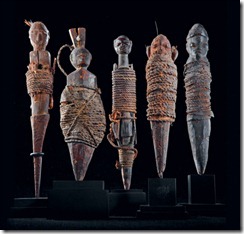 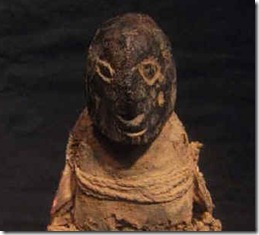 I now need to make a home for him!!