On Saturday I was demonstrating at the Craft Barn where I started work on a Papier Mache picture frame as a gift for my daughter Jade.
The picture is my Grandaughter Faith, although she is a little older now I do love this photo of her. 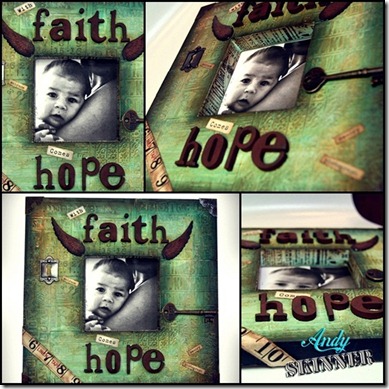 The frame has card stuck down on the surface that was first embossed with a selection of Tim Holtz texture fades before painting with acrylic paint. 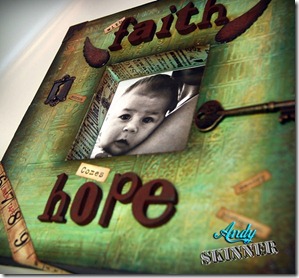 The letters were die cut using the Tim Holtz Wordplay die and then given a rust effect. 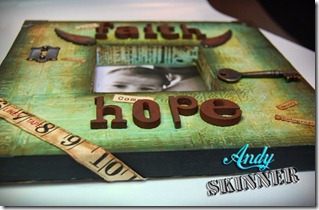 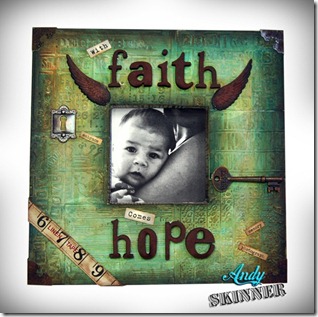 Over on the outcasts workshop there is some fantastic pieces being produced, this plaster artwork below was made by Jools called the green goddess aka Ellalouise as she has been affectionately named and stands approx 80cm high, isn't it stunning! 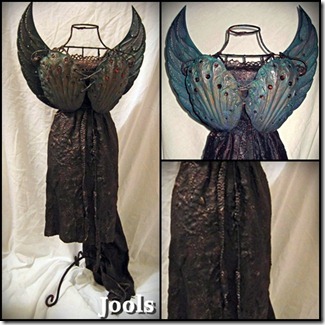 There is an outcast gallery on my Pinterest page where you can view all the works so far http://pinterest.com/andysskinner/
Oh and if you like please follow, these pages are in their infancy but working hard over the next few weeks to add lots of stuff!

Also new January dates have just been set both for Timeworn and The book of Secrets
Thanks for reading,
Andy
Posted by Andy Skinner at 08:34